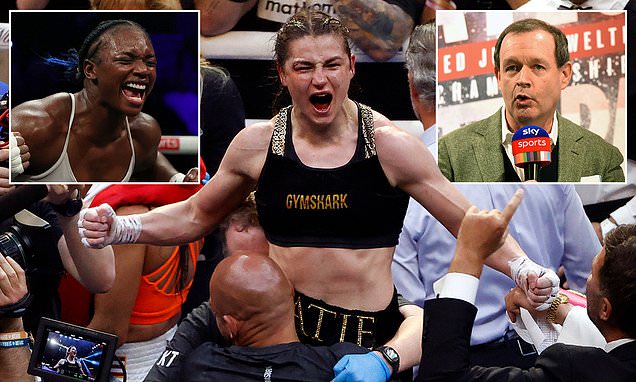 Adam Smith says Katie Taylor is one of the best boxers to have ever lived and insists she has nothing to prove when she steps into the ring on Saturday night to face Karen Elizabeth Carbajal.

Taylor’s superiority in women’s boxing was questioned after Claressa Shields became the undisputed middleweight world champion on October 15 by beating Savannah Marshall at the O2 Arena.

Shields felt her victory over Marshall validated her self-proclaimed title as the Greatest Women of All Time (GWOAT). However, Smith says it’s ‘impossible’ to pick between the American and Taylor.

Taylor – who is the undisputed world lightweight champion – will return to the ring on Saturday night following her split-decision win over Amanda Serrano earlier this year.

Many fans believe there is additional pressure on Taylor to perform against Carbajal and prove why she is superior to Shields during the 10-round lightweight title clash at Wembley.

However, Smith says Taylor has nothing to prove as she is a ‘hero’ in Great Britain and America. He also heaped praise on the 36-year-old for being a monumental driving force in the progression of women’s boxing.

Nevertheless, Smith says it’s impossible to choose between Taylor and Shields in the GWOAT debate as he claims the American was ‘virtually flawless’ during her fight against Marshall.

Speaking exclusively to Sportsmail, Smith said: ‘Katie Taylor has pressure on her shoulders every time she enters the ring.

‘Someone asked me the other day whether Claressa Shields or Katie Taylor was the Greatest of All Time and it’s an impossible question.

‘Claressa was unbelievable on Saturday night. It was an incredible fight and for the first five rounds she was virtually flawless she was so good.

‘These are tough questions to answer. Look at the way Claressa arrived for her biggest fight ever – dressed up in a glamourous outfit and then goes into the ring dancing.

‘Katie’s not like that. She is very different. She is very quiet. I know know Katie for many, many years and I am very close to Katie.

‘She is a very private person. When she gets into the ring she is unbelievable. For me, she set the standards.’

Smith went on to add: ‘We had Jane Couch originally, she was a wonderful pioneer. She was almost before her time.

‘Whereas, wen Katie started she was Kay Taylor. We have all heard the stories, she dressed up as a boy between 11 and 14.

‘She had such an unbelievable amateur career and became an absolute icon. Obviously, over our side of the pond and in Ireland she is an absolute hero and a heroine. She is incredible.

‘I think she is as well in Britain and also in America. I don’t think Katie Taylor has anything to prove to anyone.

‘I think she is always going to be remembered as a torch bearer, as a flag bearer, as a phenomenon and arguably the best that has ever lived.’ 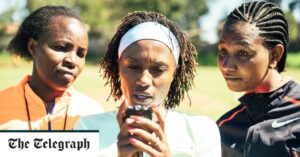 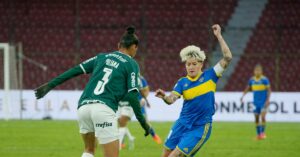