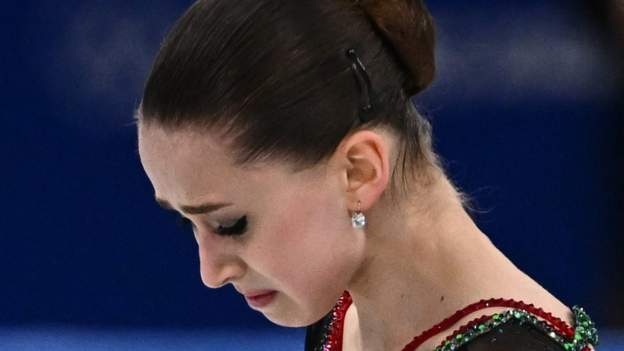 Russia’s anti-doping agency (Rusada) says will not make public the results of its doping investigation into figure skater Kamila Valieva.

Valieva, then aged 15, crashed out of medal contention in the women’s singles at February’s 2022 Winter Olympics.

She was allowed to compete despite a failed drugs test coming to light after she had helped the Russian Olympic Committee win the team event.

The Rusada statement does not name Valieva, now 16, referring to her only as “the figure skater – the member of the Russian Olympic Committee”.

Rusada says it “does not intend to announce the date of the hearings, the decision or other details in the case of the figure skater-a member of the ROC team”.

Travis Tygart, chief executive of US anti-doping (Usada), said the decision to keep the results of the investigation secret “makes a mockery of the whole process”.

“If she is rightfully exonerated, then there is nothing to hide and it should be made public,” he said, adding “there is no wonder athletes and the public do not trust the global Wada anti-doping system”.

He said: “Wada, ISU [skating’s world governing body] and the IOC [International Olympic Committee] should immediately announce an appeal against any such decision and hold an open process, as the rules provide, so that there is confidence in the final outcome.

“Short of this, it’s impossible for athletes or the public to believe what happen at the 2022 Beijing Games was real and not just another fraudulent win by the Russians like so many before, as the evidence has clearly shown.”

What was the Valieva case?

Valieva was one of the biggest stories to taint the Beijing Games. The teenager was initially lauded for becoming the first woman to land a quadruple jump at a Winter Olympics, which she achieved in the team event.

But a failed drugs test in December 2021 – where Valieva tested positive for banned heart medication trimetazidine – came to light just before the team event medal ceremony was set to take place.

She was allowed to compete in the singles after a court ruling lifted her provisional ban following a series of appeals and re-appeals.

The Court of Arbitration for Sport (Cas) pointed to “exceptional circumstances” regarding her age and the timing of the test result, which came during the Games and nearly six weeks after the sample was taken.

It said it would do Valieva “irreparable harm” if she were not allowed to compete.

But Valieva left the arena in tears after a number of stumbles and falls saw her drop from first place after the short programme to fourth following the free skate – and out of the medals.

The teenager’s treatment by coaches was also questioned, with International Olympic Committee president Thomas Bach describing the lack of comfort offered after her errors as “chilling”.

With the doping case still to be resolved, the medals have yet to be awarded for the team event, with the USA and Japan finishing second and third, while Canada came fourth. 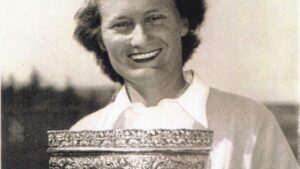 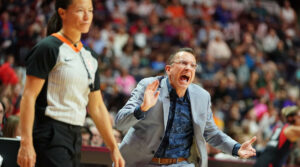 Next post Sparks to Hire Curt Miller Away From Sun, per Report