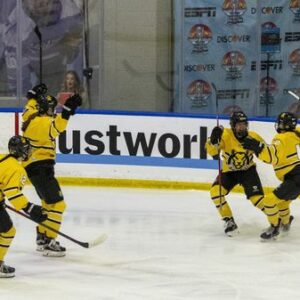 After spending a year and half playing in Linköping Hockey Club in the Swedish Hockey League, Zafuto was at a crossroads many other women playing professional hockey face. She could continue to play overseas, away from family and friends. She could play for the Professional Women’s Hockey Players Association (PWHPA), where the competition is high, but rosters are deep and games are held every few weeks. Or she could play with the Premier Hockey Federation (PHF), a more traditional league with seven teams and a weekly schedule from November to March.

It wasn’t an easy decision for Zafuto, a 2019 Colgate graduate, who had experience in the PWHPA. Ultimately, she picked a path she hadn’t yet taken: to the PHF and its defending champion Boston Pride, who start their season Saturday (7 p.m., ESPN+) at Warrior Ice Arena in Brighton against the Connecticut Whale in a rematch of the Isobel Cup championship game.

“It felt like a good fit,” said Zafuto. “Seeing the Pride’s winning culture and what they’ve created here the past few years. I was excited to be in Boston.”

Zafuto was not the only player making the move to the Pride and PHF this summer. Boston added 2019 Patty Kazmaier Award winner and Canadian national team member Loren Gabel, who also previously played for the PWHPA. Several other players made the switch from European leagues or the PWHPA to the PHF in the offseason; huge moves for the seven-year-old league.

“I think this is just the best choice to improve both on and off the ice,” said Gabel, who played her college hockey at Clarkson.

The two North American pro women’s hockey options have their differences. The PWHPA was formed in 2019 by a group of players dissatisfied with the offerings and leadership of the PHF, then known as the NWHL. It boasts several of the sport’s best stars, such as Northeastern all-time great Kendall Coyne Schofield, former Boston College and Governor’s Academy star Alex Carpenter, and Boston University alumna and three-time Olympic gold medalist Marie-Philip Poulin.

However, the PWHPA is an organization where game play only occurs during showcase weekends, staggered every few weeks throughout the United States and Canada. Though the PWHPA’s leadership has said multiple times that they intend on forming a full league with more regular schedules, it has yet to occur.

For several years, the PWHPA and PHF have been at odds, especially given how the PWHPA formed. However, the PHF have taken strides over the past two years to solidify their organization and solve some of the problems the PWHPA founders cited in their 2019 split. The PHF brought in several well-known members of the women’s hockey community, such as commissioner Reagan Carey, who previously led USA Hockey’s national team program. Unlike the league’s previous disorganization, standards have been formalized and shared publicly, such as September’s release of the league’s bylaws. Player salaries have increased and medical benefits are now available.

By no means are things perfect in the PHF. Miscommunication, transparency issues, and questions about ownership groups remain. Players are earning higher salaries, but most still do not make enough to make hockey their full-time job. While the Pride practices at night multiple times a week, some of their opponents still only practice together two or three times a week. But the PHF has taken steps in the right direction, and it’s improved enough to lure players such as Gabel and Zafuto.

“I just thought that the PHF this season was going to be a great choice in what they were offering in terms of living, healthcare, and having an actual full season competing for a championship,” said Zafuto. “I thought that was the route to go.”

The Pride’s organization and success also were determining factors for Gabel and Zafuto. Head coach Paul Mara, who led the Pride to the last two PHF championships, has the respect and ear of many players, and was especially key to landing the sought-after Gabel.

“We’ve been talking with Loren for a few years now,” said Mara. “We had a few conversations over the summer, and got her signed and on board.”

“Paul is a great coach,” said Gabel. “I’ve been in contact with him for a couple of years now and just wanted to play every weekend, wanted to practice every day.”

Gabel and Zafuto have high expectations for their first foray into the PHF.

“Our goals are to work hard, play hard, have fun, and, in the end, win [the league] again,” said Gabel.

They also have hopes that the goal of one league with salaries and benefits that make women’s hockey a full-time pursuit will come to fruition, be it by the PHF, the PWHPA, or the two combined.

“We want to see a sustainable league, year in and year out,” said Zafuto. “All the best players playing together against each other and with every aspect you’d have in a professional league.”

Kat Cornetta can be reached at [email protected] 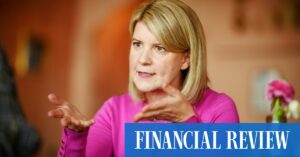 Next post Women & Sport: Why was FIFA caught off guard about Women’s World Cup ticket demand?