BUFFALO, N.Y. (AP) — With a day and a half between hockey practices, Buffalo Beauts forward Mikyla Grant-Mentis was growing bored on the couch of her downtown apartment, when an odd thought struck her.

“Maybe I need a job? I’m not doing anything right now, so maybe I should do something else,” said Grant-Mentis, with an ironic laugh.

After all, the main reason Grant-Mentis landed in Buffalo in the first place was to sign an $80,0000 one-year contract — one of the most lucrative in North American women’s professional hockey — so that she didn’t need to support herself elsewhere like during her first two Premier Hockey Federation seasons in Toronto.

“I was like, `Holy crap.′ Last year, I’d be so exhausted right now, I’d be trying to sleep in my car to just get the energy to work out and go practice,” she said, referring to juggling a full-time shift at FedEx and playing for the Toronto Six. “And this here, it’s so much better. It’s so much more refreshing because I don’t have the added stress.”

Grant-Mentis is among the budding stars of the PHF, which opens its eighth season on Saturday. It’s grown to seven teams with the addition of the expansion Montreal Force. The games on Saturday include Buffalo hosting Montreal at the Northtown Center in the suburb of Amherst.

At 24, the former Merrimack College player is among the first beneficiaries of the league’s ongoing bid to secure a foothold in North America’s crowded sports landscape.

Her contract is the direct result of the ambitious vision the PHF’s board of governors unveiled in January when announcing a commitment to invest more than $25 million into the league over the next three years, which included more than doubling its salary cap per team from $300,000 to $750,000 this season.

It’s unclear whether Grant-Mentis is the PHF’s highest-paid player, because the league doesn’t release those figures. Of the players who have gone public with their contracts, Beauts defender Dominique Kremer tops the list at $65,000, followed by Boston Pride defender Kaliegh Fratkin at $57, 500.

The minimum salary for players in the NHL is about $750,000 for the current season.

Grant-Mentis earned the MVP and Newcomer of the Year after the PHF’s COVID-19 pandemic-shortened 2021 season. Last season, she finished second in the league with 13 goals and 30 points while playing on a $5,000 deal.

Toronto Six forward Mikyla Grant-Mentis (13) looks to pass the puck as Boston Pride forward Mary Parker (7) defends during the first period of a semifinal in the NWHL Isobel Cup hockey tournament March 26, 2021, in Boston. Grant-Mentis signed a one-year, $80,000 contract with Buffalo Beauts in May. The seven-team PHF opens its eighth season with six games Saturday, Nov. 5, including Buffalo hosting the expansion Montreal Force.

And yet, Grant-Mentis appreciates what her contract represents in the larger scope of women’s hockey, becoming the face of a Beauts team that finished last a year ago and won just seven of 26 games over the past two seasons.

As for the bigger picture, Grant-Mentis knows of the struggles many of her predecessors endured in having their contracts slashed midseason, not being reimbursed for travel expenses and having to pay for their own sticks and tape in the formerly known National Women’s Hockey League.

“They definitely did all the hard work, all the heavy lifting, and I benefitted from them,” she said. “I’d definitely take them all out to dinner now if I had the chance.“

Despite the monetary commitment and a newly signed two-year deal to have games broadcast on ESPN+, questions remain over the state of women’s hockey. Most revolve around the rift between the PHF and Professional Women’s Hockey Players’ Association, whose members are mostly made up of U.S. and Canadian national team players.

The PWHPA was established in 2019 and remains committed to forming its own professional league rather than partner with the PHF. The delay in launching a PWHPA league, with plans pushed back into next year, has led to defections.

“It was a selfish decision of where I am in my life and what fit for me,” Bettez said, noting that at 35 she missed the competition of playing for a championship. “We’ve talked a lot of the next generation wanting to be able to make a professional league. Well, the PHF league is here and it was a good opportunity for me to step into that direction.”

Grant-Mentis needs only to reflect back on how exhausting her life was a year ago. She’s driving a new yellow Jeep Wrangler, which she purchased before signing with the Beauts. She has spare time to spend working out on and off the ice, never mind cooking her own meals.

“It was tough, but I’m glad it’s over with,” said Grant-Mentis, referring to days that would start at 4 a.m. and end at 11 p.m. “And now I’m hoping no one else has to go through all of that just to play hockey.“ 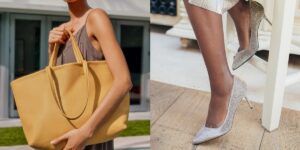 Previous post 22 luxury gifts for her, from a high-tech curling iron to a monogrammed tote bag 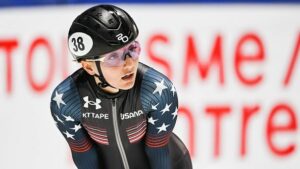