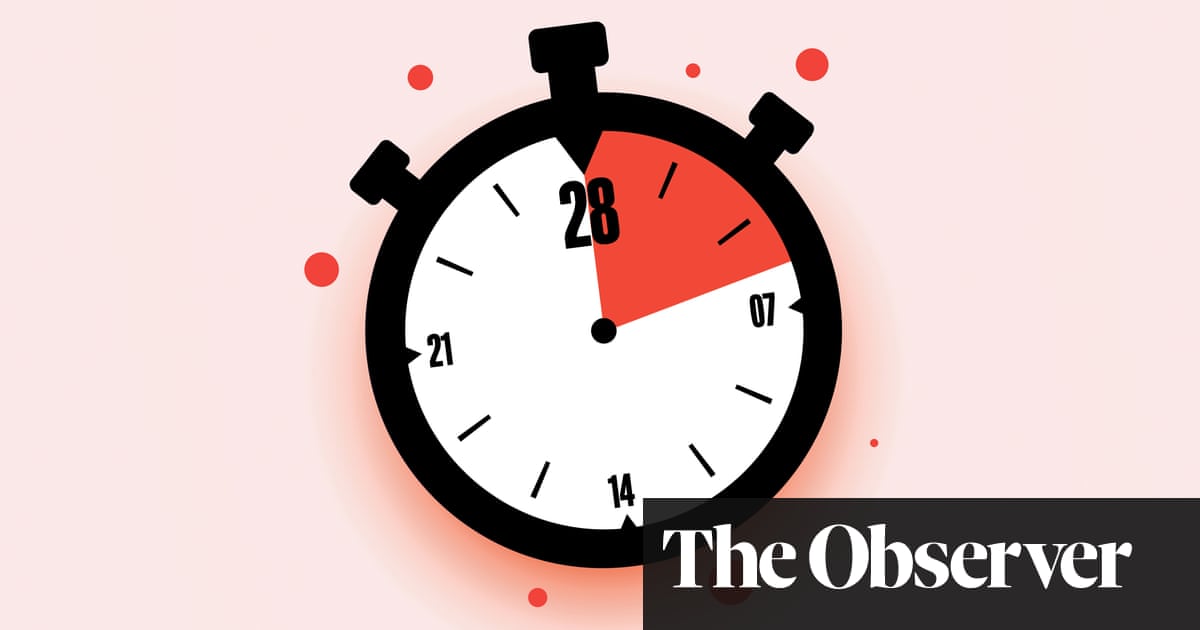 It should have been a show of British sporting dominance when Dina Asher-Smith and Daryll Neita made it to the 100-metre final of the European Championships in August. Then, unexpectedly, Asher-Smith pulled up and Neita was not quick enough for the gold, both because of cramps. Later, Asher-Smith revealed hers to be a symptom of her period and shared her frustration at its impact on her sport. If it were a men’s issue, she argued, it would have been fixed by now.

It is a feeling shared by many fellow athletes and coaches, including Chelsea FC’s manager, Emma Hayes. “Once a month for potentially up to around five days, many female players have an event that can cause significant distress and impact heavily on their performance,” she wrote in theTelegraph earlier this year. “Athletes deserve a greater understanding of the array of symptoms that can crop up.”

That demand is increasingly being heard. Sports science companies have begun offering consultancy packages to help athletes “work proactively” with their cycles to stay on top, and their approach has already found disciples: the coach of the US women’s football team partly attributes their 2019 World Cup win to it. Sports institutes in several European countries have also started projects to equip their athletes with similar strategies ahead of the 2024 Olympic Games in Paris.

But even if periods are given more attention in sport, what can anyone actually offer athletes struggling with their periods? In a field still full of unknowns, some researchers believe that understanding the menstrual cycle will not just free athletes from symptoms, but take them to new, record-breaking heights.

For an athlete with bad period symptoms, the menstrual cycle’s fluctuating hormones and monthly bleeding are not just a fleeting annoyance. As the Chinese swimmer Fu Yuanhui found at the 2016 Rio Olympics when she failed to make the podium because of period fatigue, it can be the difference between winning a medal and going home empty-handed.

Considering such high stakes and the fact that women’s participation in elite sport has soared – the Olympics included only 20% women in 1976 but reached gender parity for the first time at Tokyo 2020 – it is no surprise that the demand for solutions to period problems in sport has increased accordingly.

At the same time, it is “absolutely true” that research is lacking, says Kathryn Ackerman, a sports medicine physician and endocrinologist at Boston Children’s Hospital in Massachusetts. “This is something that I and my international colleagues who study women’s health and female athletes have been saying for a long time.” Women only make up 39% of participants in sports science studies, according to a study in 2014.

Kirsty Elliott-Sale, professor of female endocrinology and exercise physiology at Manchester Metropolitan University, says there is research but often “it is not high-quality”. This has resulted in trends with only patchy evidence taking off, such as training or eating according to a prediction of what phase of their cycle the athlete is in. “[Speaking as] somebody who’s been researching the field for 25 years,” says Elliott-Sale, “there isn’t research evidence to support that.”

But in the world of elite sport, some argue that bulletproof evidence matters less than in academia. Jessica Piasecki, a researcher of female physiology at Nottingham Trent University and the fastest female British marathon runner bar Paula Radcliffe, says that athletes want to find what works for them, not necessarily what produces a statistically significant result.

“If they perceptually feel that their performance is better, then that’s great,” she says. There is a long history of doing things within elite sport that is not fully scientifically evidenced. Ice baths as a recovery technique, for example, are controversial, she says, “but loads of athletes use it because it makes their legs feel better.”

One popular intervention is anti-inflammatory food. During the menstrual cycle, inflammationin the body increases at different points, and since some studies have linked such inflammation to unwelcome symptoms, the logic goes that athletes can counter their symptoms by consuming foods thought to reduce inflammation, such as turmeric, tart cherry juice and ginger, at the right time.

The sports science company Orreco subscribes to this idea. Orreco has its athlete clients track their periods and symptoms with an app, and then it uses the data to formulate advice on nutrition, says one of its sports and exercise physiologists, Esther Goldsmith.

According to her, this approach has helped many athletes, including players from the England women’s football team. “One of their players was really, really suffering,” she says. “We basically threw the kitchen sink at her.” Six months after implementing changes to her nutrition and lifestyle, the player’s symptoms were apparently gone.

Goldsmith appreciates that the evidence is “limited and sometimes contradictory”. For example, in 2016, a review concluded that while there is some evidence that ginger can lessen period pain, it also highlighted that studies on the topic were few, small and often imperfect. But, she says, “we can’t just sit back and say, ‘No sorry, we can’t intervene because the research isn’t there.’”

Faced with navigating such a complicated maze to deal with periods, some opt for hormonal birth control. On the pill, bleeding can be avoided altogether by skipping the usual break, and even without skipping it, the monthly bleeding will not be an actual period because the pill has blocked ovulation. This means that while athletes are on hormonal birth control, they will not have periods.

That can be problematic, says Nicky Keay, a sports endocrinologist and physician. Birth control “is every woman’s choice”, she says, but in her forthcoming book, Hormones, Health and Human Potential, she details how hormonal contraception can mask the sudden loss of periods, a strong indication of the condition known as relative energy deficiency in sport (Red-S), the result of training too much and eating too little.

As a driven athlete, the balance is easy to get wrong. Pippa Woolven, a recently retired runner for Great Britain, says she developed Red-S when she got a sport scholarship to the US and was keen to progress. “I increased my training load and started to experience more and more pressures surrounding body image, diet, nutrition,” she says.

This did translate to quicker run times until things went awry. She felt ill and fatigued most of the time. “It became quite difficult to function as a human being, let alone an athlete.” Because she was on the pill for contraceptive reasons, she did not realise that she had stopped getting her period.

The danger with Red-S is that it can affect long-term bone health, says Ackerman. When the body has an energy deficit and the menstrual cycle is suppressed, it disrupts oestrogen, which is important for maintaining bones. If athletes get Red-S in their early youth when they should be building bone density, “they’ll be at much higher risk of stress fractures, low bone density and osteoporosis,” says Ackerman.

The same is true for boys and men. Their testosterone levels might fall, and as testosterone is converted to oestrogen in the body, their bone health also suffers. And like periods, Red-S symptoms for men can also feel too intimate to discuss openly. “One of the signs of Red-S in a male athlete is that they have decreased libido and they don’t get normal morning erections,” Ackerman says. “We need to normalise it and not sexualise it, but just talk about these things as signs.”

It was only when Woolven got in touch with Keay that she found her way to recovery. Now, she heads up the charity Project Red-S to spread awareness. Understanding that periods are markers of health that athletes should monitor before they do permanent damage to themselves is critical, she says. In a way, it is similar to concussions in rugby. Athletes enter the sport without knowing the full extent of the risk to their health, she says.

There are some who believe the menstrual cycle could be even more than a health marker. Ahead of the 2024 Paris Olympics, France’s National Institute of Sport, Expertise, and Performance (Insep) has taken an interest in the possibility that working in sync with the menstrual cycle’s hormone fluctuations could lead to gains in performance – and more medals.

“We are approaching human limits of performance,” says Juliana Antero, who is heading up the Insep project Empowe’her (Exploring Menstrual Periods of Women Athletes to Escalate Ranking). In 2015, she was involved in a study that examined 3,263 world records across disciplines such as the 400-metre sprint and the triple jump, and found a consistent decrease in both the frequency and degree of improvement in new world records since the 1990s.

The data revealed occasional step changes, such as the 2008 to 2009 introduction of polyurethane swimsuits, and Antero believes that understanding the menstrual cycle could provide another bump. There could be a perfect hormone level for breaking world records.

And it is easy to see how, as new hormone-testing technology becomes available, athletes might better understand relationships between their hormones and their performance, and plan accordingly. The English Institute of Sport is trialling hormone saliva tests in collaboration with the company Mint Diagnostics, hoping to provide track-side results in minutes, for symptom treatment and, down the line, for performance gains.

Elliott-Sale is intrigued by this idea, but remains sceptical. “I do think [tracking and managing symptoms] will make a difference for some sportswomen,” she says. If Asher-Smith’s calf cramp could have been avoided, she might have had a go at gold. But for athletes who are not greatly affected already, she believes the potential gains will be marginal. “I don’t personally think it is going to change the face of women’s sport.”

She says we have to remember that many sportswomen manage perfectly well or might not even have cycles. “If I was that elite sportswoman who was underachieving because of my cycle, I’d be screaming from the rooftop ‘help me, help me’.” But, she says, “will it change a whole team, a whole squad, a nation, all sportswomen? Probably not.”

Antero’s work shows that we currently know of few consistent effects of the menstrual cycle on performance, but she believes this will soon change. The menstrual cycle is incredibly individual and because the hormone levels are not consistent for each participant, trials struggle to pick anything up. But if we track the cycle of the individual, we could untangle how it affects them both negatively and positively, says Antero. “I believe we can enhance female-athlete performance.” 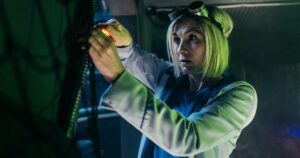