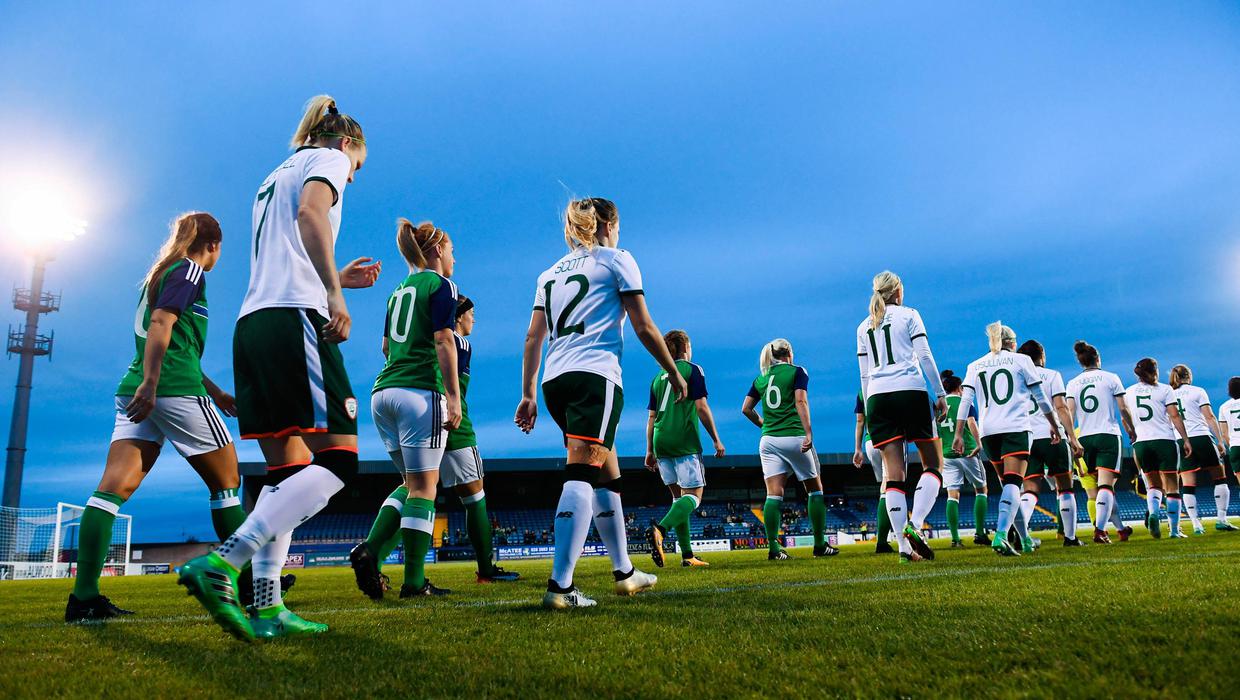 On October 8, myself and Joe Maguire were invited to participate in the Seanad Public Hearing in Dublin on the Future of Ireland. This is a public forum for the exchange of ideas, evidence and research about our future, involving those from all walks of life with many differing cultural, religious, generational, and educational perspectives.

We made a short oral presentation which was supplemented by a five-page written document. We dealt with culture, community, identity, and the role of sport; a topic already raised with readers in April of this year. At the Seanad we highlighted the overwhelming evidence that sport is inextricably bound up in cultural life.

Questions from senators opened, almost inevitably, with claims about the power of sport to do good. Responding to these, we stressed the point that how we understand the connections between culture and sport is crucial to ensuring that sport can play a positive role in future relations. Why? Because, sport provides an anchor of meaning, a sense of heimat, and this anchor means different things to different groups.

The cultural meanings of sports can also change over time. And, as South Africa has shown us, it is not possible to have ‘normal’ sport in ‘abnormal’ societies. For six days a week people live and work in social contexts. It is naive at best and irresponsible at worst to expect that, on the seventh, sport is immune from these circumstances.

And the perpetuation of the myth that sport is unproblematically good prevents us from dealing with deeply entrenched issues in sport like sexism, homophobia and sectarianism. Put simply, sport does not and cannot exist in a social vacuum.

For better and for worse, sport has the potential to act as both social glue and social toxin. There are always shades of grey and we carry the responsibility to grapple with these complexities for the sake of future generations.

At the Seanad, myself and Joe highlighted what changes might be required if better inter-cultural relations are to be achieved through sports, in existing formats (26, six and 32-county jurisdiction) or other new and yet unknown merged, devolved or even federalised models, encouraged by calm and principled leadership.

We highlighted three areas for further consideration by policy makers: one, the structure and organisation of sport including funding and governance; two, the symbolic role of sport involving flags, emblems, anthems, songs and athlete eligibility and three, wider societal issues in terms of who and what we play, and when and where we play it.

Four days later the symbolic significance of sport came home to roost when the Irish women’s football team qualified for the World Cup for the first time in their 50-year history. This means that on this island, two national women’s football teams have now qualified for major tournaments. What an era it is for young schoolgirls who aspire to stand on the shoulders of their predecessors.

Many pioneer players and volunteers, too numerous to mention here, contributed to this long journey of World Cup qualification since the Ladies’ (later Women’s) Football Association of Ireland was formed in the 1970s.

Congratulations to every player involved, and Vera Pauw and her coaching and support staff too, including assistant coach and Ulster School of Sport alumni, Tom Elmes. Oceania ’23 will be the Italia ’90 equivalent for supporters of women’s soccer in Ireland.

Yet something very different unfolded in the days and week that followed their qualification. This exposed the mechanisms by which sport acts as both social glue and social toxin.

Uniting people culturally, sport naturally differentiates ‘us’ and ‘them’ through symbols and emblems, through the words and actions of players and supporters and in the ‘national character’ on show in international competition. Sport in Ireland is a world of complexities and identities, unrivalled even by politics, and football conjures up cherished and emotionally charged rivalries: between towns, rural and city communities, between Catholics and Protestants, nationalists and unionists.

Even within nationalist and unionist/loyalist groupings — whether in the NIFL Premiership or League of Ireland — the actions of players and supporters can become emblematic of life, more important than the outcomes of matches. Few cultural activities match sport in this regard.

If there is one cultural benchmark to be found for the growing status and visibility of women’s sports in this era, then the cacophony of responses to the choice of Celtic Symphony is an obvious candidate. In the space of a few hours, a social media clip of unfettered dressing room euphoria became mainstream news.

As Vera Pauw herself acknowledged later that day, with greater visibility comes responsibility. Not only on the part of players and the football association, but also us — the public, who love football, who know or like less of it but nonetheless are impacted by it. Condemnation of the team was almost instant, notably from non-sporting quarters too.

Such is the reach of the national women’s team today that even those commentators with little to no prior record of speaking on or writing about women’s sports had their say. The team was parachuted into the complex mix of stories we tell about ourselves, through culture, sport and song. And by ‘ourselves’ I mean all those who live on this island. These cultures have deep histories, as Pauw said, that continue to impact life today.

Almost a quarter of a century after the 1998 Belfast/Good Friday Agreement, the island is now in the throes of dealing with the consequences of another tumultuous process connected to English nationalism and our colonial history — Brexit.

In this potentially volcanic mix, the choice of Celtic Symphony was almost feted to be revelatory. The popularity and profile of the song shows the ways in which culture, sport and music are culturally embedded, here and in Scotland too. Written in the late 1980s to celebrate 100 years of Celtic Football Club, it is as readily identifiable to their club supporters worldwide as it is to those who castigate references in the song to the Troubles-era IRA and therefore regard it as culturally insensitive if not deeply problematic.

Football is a lightning rod for identity in Ireland where there are tendentious connections to traditional working-class males, and to unionism and loyalism in the north. The continued impact of these origins was hidden by the cacophony of contempt for the women’s team.

Yet sexist, homophobic and sectarian chants continue to mark out Irish League and League of Ireland football alike. Of late, formal referrals of incidents involving chants and abuse directed at rival supporters and match officials were made to law enforcement and the football associations. Like it or not, women’s football is now inserted into this cultural milieu and everyone involved bears the weight of this responsibility.

The last competitive match between the two national women’s teams, in Lurgan in 2017, demonstrated quite how far the tentacles of culture and identity subsume the women’s game. Then, a paramilitary threat led to a decision by Uefa not to display any national flags or to sing any anthems. Now that the noise has settled somewhat, what can we learn?

Firstly, when women ‘do wrong’ today, some people delight in putting them ‘back in their place’. This is reflective of the equalisation of power relations between the sexes but we have not yet reached the point where sportswomen are judged on their own merits. Success continues to be benchmarked against the achievements of males.

There is a double jeopardy then for sportswomen because as they ‘talk the talk’, about the need for more visible role models in sport for instance, then they must ‘walk the walk’.

In response, there is an opportunity for sportswomen to leverage their growing profile, and to do things differently, more authentically. Commercialisation has not swallowed the heart and soul of women’s sports, yet. But, when such a strong statement was made about inequalities and poor treatment by the same team some years prior, and that arguably constrained them from achieving World Cup qualification sooner, the public might have understandably expected more from them in cultural terms.

There is time yet as the team, and the FAI, prepare for their first Women’s World Cup and they look to embody cultural values with the potential to reach beyond core support for the women’s game itself.

Secondly, cleansing of the palate via an apology or public statement and reinserting clear water between sport and culture or identity politics neither removes nor stops these dynamics. Maintaining an ostrich-like stance — that there are no issues or that these have been somehow neutralised — is clearly not conducive to better inter-cultural relations.

When policy makers and politicians claim that sporting issues are best left to governing bodies, the impetus for change can be stymied. Conversely, when sports federations and associations defer to policy makers to do the ‘heavy lifting’, around questions of national flag, anthem, emblem, and identity, then any impetus for progressive change is held in almost permanent suspension. This is the current position in football in Northern Ireland, exacerbated by an absent and dysfunctional legislative assembly.

But this does not absolve us of the responsibility to be more culturally sensitive in our daily lives, to consider what a better shared future might look like and what role sports might play in this. Looking forward, all of us need to grapple with the varied meanings attributed to the world’s most popular sport.

This cultural inheritance bears the imprint of conflict and division on this island and, as elsewhere, is certainly not immune from issues like sexism, homophobia and sectarianism. Ethnonational differences exert an especially strong influence on the game, and on life in general, in the north. Football keeps alive the imagined and heterogeneous community of Protestant unionist loyalist groups in Northern Ireland and their desire to celebrate and preserve ‘our wee country’, sovereign in football governance terms.

The time has surely come to face up to how and why borders of the mind exist on this island and the symbolic role of sports in bolstering this.

Other sports fall into this category too — netball, lawn bowls and athletics. These are constituted on a six-county basis and/or affiliated with British counterparts but don’t exert the same hold as football on the public consciousness.

We can learn from the journeys taken towards greater inclusion, dual eligibility and national identity in sports like hockey, golf, swimming, cricket and rugby union, and in organisations such as the Olympic Federation of Ireland and Commonwealth Games Northern Ireland. Otherwise, sports like football are likely to remain more blind alley than open road to peace and reconciliation on this island. There are the few who make things happen, the many more who watch things happen, and the overwhelming majority who have no notion of what happens. Next time, because undoubtedly there will be more occasions that give rise to a cause to reflect, what will you do?

Dr Katie Liston is a senior researcher in the social sciences of sport at Ulster University. She has in-depth experience of sport, north and south, as player, coach and administrator and is an expert in sport and identity.

3 thoughts on “A social glue and a social toxin” 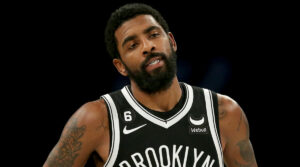 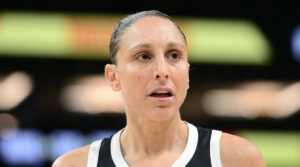