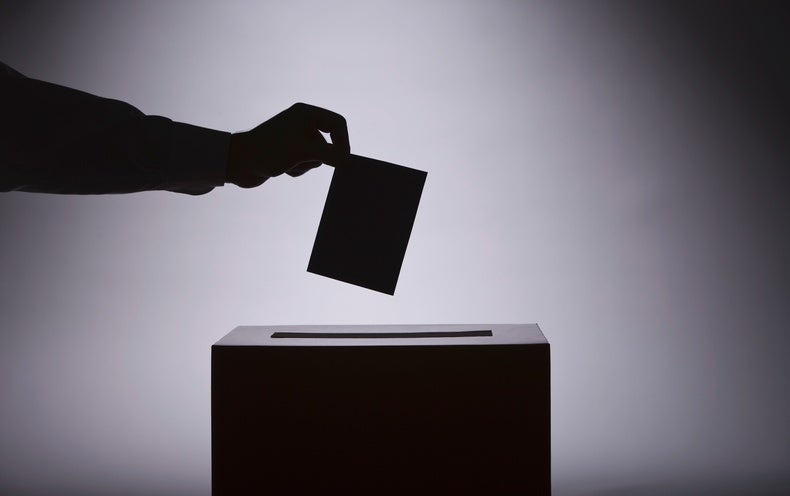 Midterm elections are almost here. Most of the conversation concerns Congress and governorships, but some of the most critical and underappreciated races affect people’s day-to-day lives. Positions like township supervisor, school board member or county commissioner are some of the more than 500,000 state and municipal offices in the United States that oversee complex policy, including on science-related issues including climate change, health care and reproductive choice. State-level positions spend $3.2 trillion in taxpayer funds each year, and many are held by people who deny facts, data and even reality itself when crafting policy.

In the current environment of school boards banning books, municipal leaders eschewing best public health practices, and state leaders enacting extreme abortion bans, STEM professionals and data-driven policy makers can and should run for local office. Many of these positions are not full-time; a science-driven professional can be a public servant while continuing their career as an engineer, a biology professor or physician. There is almost no issue facing our country that wouldn’t benefit by having more data-driven policy makers in public service.

That’s why the organization I founded, 314 Action, has put out the call for scientists to run for state and municipal offices. The time to think about running is now—to think of science in the pursuit of service. We offer tools to match your interests with an appropriate elected office. We walk you through different steps of the election process, whether when you are choosing a treasurer and filing your intent-to-run paperwork, or as you communicate with voters and organize your volunteers. For a first-time candidate, the process can seem daunting, and our tool breaks it down into a step-by-step process that is simple to follow and bring to success.

In addition to building our community of scientist donors, 314 Action has become a campaign incubator for scientists running for office. One of the first initiatives of the organization was to organize candidate trainings, teaching scientists how to successfully launch a campaign and communicate their message. And we just launched a new effort to help get scientists off the sidelines and into state legislatures and municipal offices.

While the debate among the scientific community about how much scientists should be involved in politics isn’t new, the need for a support system for STEM candidates to get off the sidelines is needed now, more than ever.

When I ran for Congress, I knew how to be a chemist, but I didn’t know much about being a candidate for public office. It was 2014, and Congress was voting for the umpteenth time to repeal the Affordable Care Act, rather than working to make health care more accessible and affordable. Gun violence continued to take over 40,000 American lives a year, and yet

Congress had all but banned the Centers for Disease Control and Prevention from even compiling data on gun violence. And even though climate change was recognized as a clear threat by our military and scientific establishments, many politicians were still campaigning on their skepticism.

What became apparent to me was that these weren’t problems that science alone could solve. Science already told us to look to the data, and that CO2 emissions needed to be reduced. This was a problem that only changing the policy makers and their priorities could hope to address.

Although I didn’t win my race, what I learned was that it takes more than passion to succeed in electoral politics. You need a network. You need campaign expertise. You need someone to show you how to convert your analytical skills into successful campaigning.

Having a STEM leader in elected office can move the needle and give context, reasoning and a qualified argument for policy based on evidence instead of ignorance or conjecture. Examples of this at the state and municipal levels abound.

In California, state assemblymember Luz Rivas is an electrical engineer and serves as chair of Natural Resources Committee. She introduced and passed legislation to establish an advanced warning and ranking system for heat, similar to what exists for wildfires and tornadoes.

Val Arkoosh, MD, MPH is the chair of the Montgomery County Commissioners in Pennsylvania. She has used her position and expertise to systematically and equitably approach the distribution of Pandemic Recovery Funds to increase affordable housing, access to child care, the protection of open space and expand behavioral health operations and facilities.

And Andrew Zwicker, a New Jersey State Senator who holds a PhD in physics and who first won office to the State House in 2015, has sponsored several bills that were made into law that make it more simple for people to vote and participate in democracy within his state.

Of course, running for office isn’t for everyone. Taking the leap is hard work—especially if you come from the hard sciences, where many of us learn little about policy and public service and the role of science in shaping society. Recognizing that we all have a civic responsibility means taking the first step: attend a school board meeting, serve on a community board, volunteer on a campaign, vote.

This isn’t a novel concept when you consider the culture of support that is built into some other professions. For example, law firms traditionally support their associates when one of them runs for public office because law influences policy and policy influences law. Yet, so does science, or at least it should, but scientists and scientific careers don’t have that type of culture. While we work on changing that, for scientists who are ready to take that leap, we’re ready to help. And for Americans who want a policymaking system that values science and expertise, we’re eager for you to join us in this fight by supporting our work.

The future of our country—and our planet—depends on it.

This is an opinion and analysis article, and the views expressed by the author or authors are not necessarily those of Scientific American.

Previous post Shaunagh Brown column: Deciding to have a baby would end my rugby career 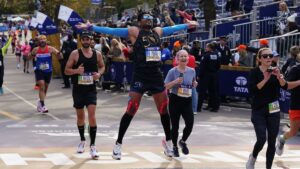