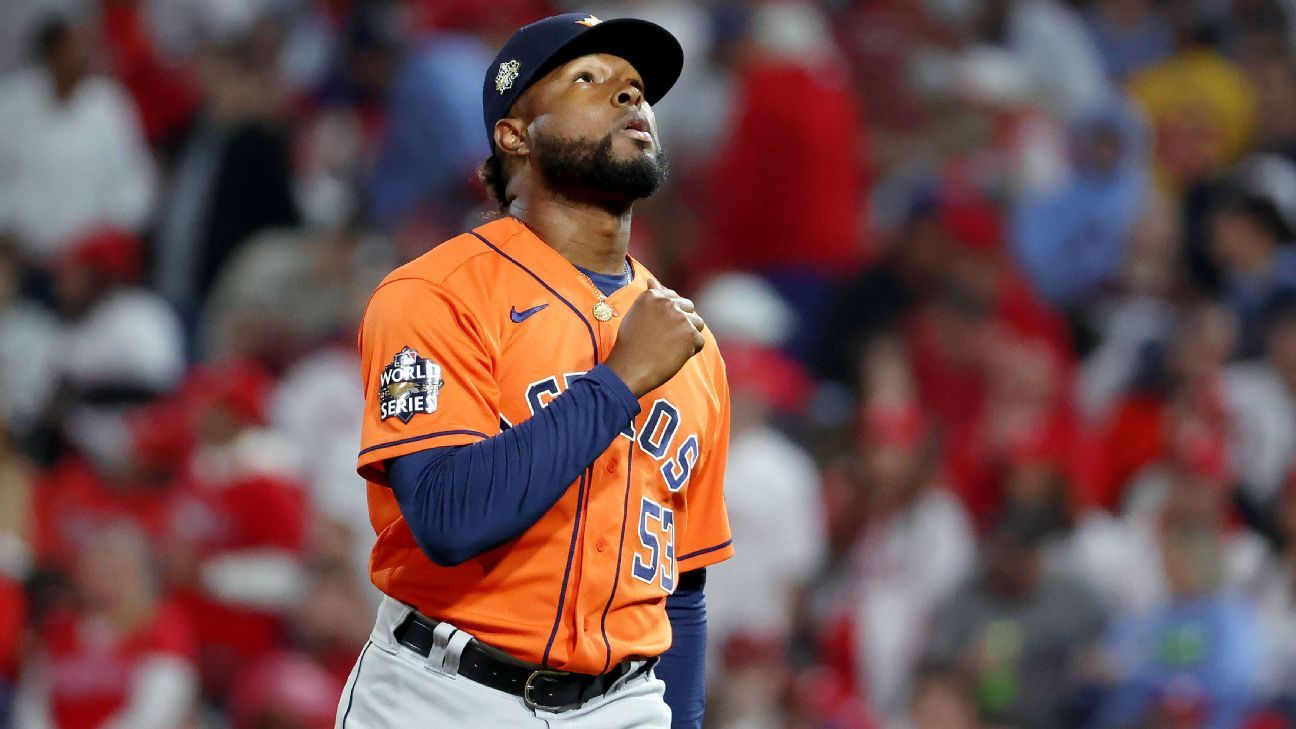 PHILADELPHIA — Late last week, before Cristian Javier etched his name into baseball history, his Houston Astros teammates attempted to describe his fastball. By velocity alone, it is a milquetoast effort, flung from his right arm at 94 mph. And yet one teammate called the pitch “obscene” and another said “it looks 100” and a third deemed it “invisible.” On Wednesday night, after Javier started Game 4 of the World Series, one more teammate chimed in with the most apt descriptor of all.

Certain pitches in baseball are so good they anger hitters, aggravate and frustrate and confound. Javier’s fastball tops the list. He threw invisiball after invisiball Wednesday, carving through a Philadelphia Phillies lineup with six no-hit innings that set the stage for Pressly to close out the first ever combined no-hitter in the World Series; the Fall Classic’s first hitless effort since Don Larsen’s perfect game in 1956. Houston’s 5-0 victory evened the World Series at two games apiece and continued the 25-year-old Javier’s meteoric rise from sometimes-starter, sometimes-reliever to the most dominant pitcher this postseason.

It’s a reputation that Javier solidified over 11⅓ innings in the playoffs’ last two rounds, with Javier allowing one hit and no runs and racking up 14 strikeouts against the potent offenses of the New York Yankees and Phillies. In a World Series that has featured starts by Justin Verlander, Framber Valdez, Aaron Nola and Zack Wheeler, Javier has twirled the best game of the bunch.

Javier finds himself here because of that fastball, a pitch that combines a number of important attributes to make it a wholly unique pitch — “a unicorn,” said one scout, who called Javier’s fastball the best in all of baseball, an assessment with which others concur.

The secret sauce for Javier’s fastball starts with something called vertical approach angle (VAA). It is essentially the pitcher’s equivalent of launch angle, measuring the angle at which a fastball goes toward the plate. Pitchers with extremely high arm slots have high VAAs, and ones like Javier, with lower arm angles, come with low VAAs.

What’s exceptional about Javier isn’t just a VAA that is third lowest among starters, behind Freddy Peralta and Joe Ryan, two other pitchers whose fastballs play way above their velocities. His high front side adds some funk and deception to the delivery. His spin rate and spin efficiency are well above average. VAA is an important factor — “a big component of it [with Javier] is the approach angle, we think,” Astros pitching coach Josh Miller said — but the other elements help give the pitch what looks like a rising effect.

Physics, of course, prevent a fastball from actually rising. With Javier’s VAA and spin characteristics, his fastball simply drops less than the average one. And because nobody else throws like him, hitters trying to track the pitch struggle because of how it carries through the strike zone and looks as if it’s hopping as it crosses the plate.

“That’s just an absolute kangaroo of a fastball coming from his hip,” Astros reliever Ryne Stanek said. “And he’s got some of the longest arms I’ve ever seen. His fastball is obscene.”

That deception explains why, one day after hitting five home runs off Astros starter Lance McCullers Jr. amid concerns that he might have tipped his pitches, the Phillies couldn’t see anything against Javier — or the three relievers that followed him, Bryan Abreu, Rafael Montero and Pressly. Ten days after his last start, against the Yankees, Javier threw 97 pitches, 70 of which were fastballs. He struck out nine, including a five-batter stretch in which he got J.T. Realmuto, Bryce Harper and Nick Castellanos swinging before catching Alec Bohm and Bryson Stott looking, all on fastballs.

“His nickname is El Reptil because he’s just cold-blooded,” Stanek said. “Nothing fazes him. He could give up a pump, same face. Punch the side three innings in a row, same face. He’s just that guy. What he does is special.”

The Astros knew that already. They’d seen Javier sashay into Yankee Stadium on June 25 and throw seven no-hit innings with 13 strikeouts, paving the way for Neris and Pressly to finish what wound up as only their first combined no-hitter of the season. This one was bigger, better, far more important in ensuring the Astros would return home for a Game 6 and have a chance to clinch a championship at Minute Maid Park.

Pitching in Game 4 in front of his father, Cecilio, who had never seen Javier pitch in the big leagues before, only added to the majesty of the night. Javier was already an unlikely success story: A failed outfielder who converted to pitcher, signed at 18 years old out of the Dominican Republic for $10,000, figured out how to harness his unicorn and rode it not just to the big leagues but to the sort of praise that hitters lavish infrequently.

“It’s electric,” said Christian Vazquez, who caught the no-hitter. “It’s like playing PlayStation with him. You don’t care if it’s going down and away. It’s going to finish up.”

Astros players brave enough to step into the batter’s box against Javier understand how he finished this season with a 2.54 ERA and remains unscored upon as a starter since Sept. 7. In his final four starts of the regular season, Javier threw 23 scoreless innings, allowed six hits and struck out 29.

“I did play catch with him a couple spring trainings ago, and it just really gets on you,” said Hunter Brown, another member of the Astros’ dynamic bullpen. “It’s just kind of invisible. I remember the first couple — you always wanna catch it in the seat. First couple hit me kind of in the pink area. I’m like, OK, I better figure that one out.”

In 2020, Javier’s rookie season, third baseman Alex Bregman faced Javier in a live at-bat on a shadowy day at Minute Maid Park during MLB’s accelerated spring camp. Bregman stared at strike one, strike two, strike three, not even lifting the bat off his shoulder. He walked back to the dugout, put his lumber in the bat rack and said: “I’m glad he’s on our team.”

Opponents wish the same. They’ll say so to Bregman at third base — if they can get there — and wonder how a pitch sitting 94 can look triple digits or how from his low slot he can generate such true spin or how they keep swinging over that stupid fastball.

“A lot of people are like, ‘Wow, it’s just insane stuff,'” Bregman said. “And they’ll say it’s insane how the ball looks coming out of his hand.”

So, OK, this magic pitch, this miracle fastball, this World Series no-hitter-causing bit of sorcery: What does it look like coming out of his hand? 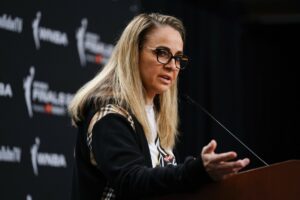 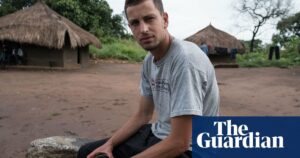 Next post Solving the unexplained death of journalist Christopher Allen