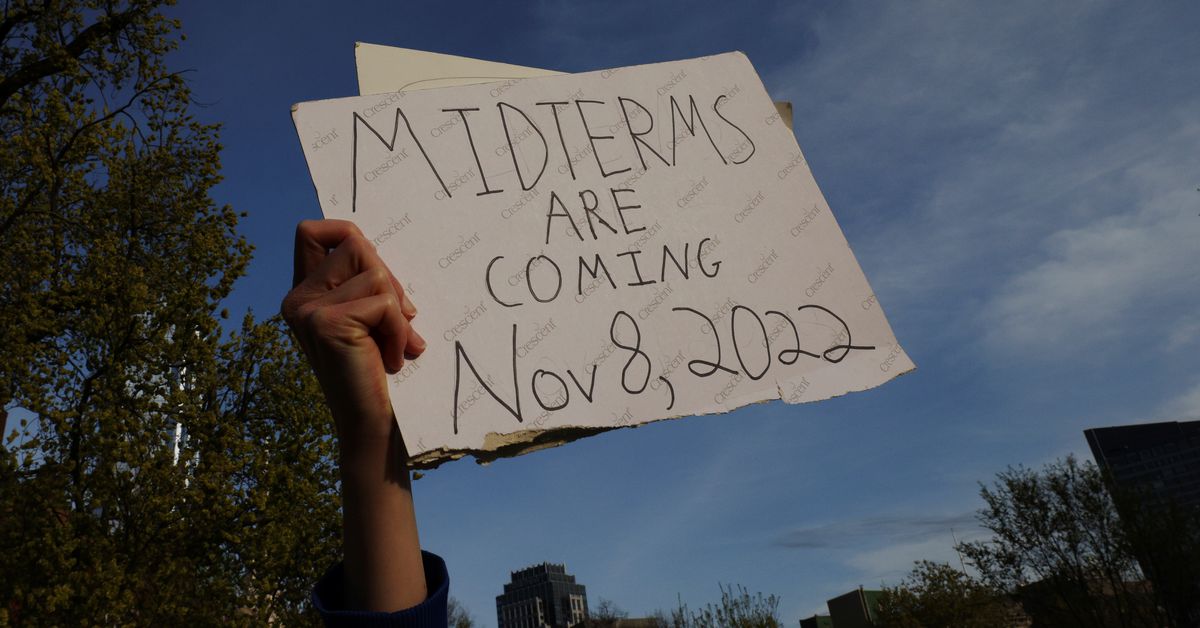 [1/9] Voting precinct signs are stored at the Leon County Supervisor of Elections office prior to the midterm election in Tallahassee, Florida, U.S., October 5, 2022. REUTERS/Colin Hackley

Oct 9 (Reuters) – When voters in Jefferson County, Colorado, cast their ballots in the Nov. 8 midterm election, they will see security guards stationed outside the busiest polling centers.

At an election office in Flagstaff, Arizona, voters will encounter bulletproof glass and need to press a buzzer to enter. In Tallahassee, Florida, election workers will count ballots in a building that has been newly toughened with walls made of the super-strong fiber Kevlar.

Spurred by a deluge of threats and intimidating behavior by conspiracy theorists and others upset over former President Donald Trump’s 2020 election defeat, some election officials across the United States are fortifying their operations as they ramp up for another divisive election.

A Reuters survey of 30 election offices found that 15 have enhanced security in various ways, from installing panic buttons to hiring extra security guards to holding active-shooter and de-escalation training.

Reuters focused on offices in battleground states and offices that had openly expressed a need for security improvements, for example in congressional testimony. While the survey does not speak to how widespread such moves are, it does show how election officials are responding to threats in parts of the country where the election will likely be decided.

Election officials around the country said they were coordinating more closely with local law enforcement to respond quickly to disturbances. Many have also trained workers in de-escalating conflicts and evading active shooters.

Until recently, such threats to safety were seen as hypothetical in a country that has seen few instances of election-related violence since the civil rights battles of the 1960s, when the presence of armed officers sometimes intimidated rather than reassured Black voters.

Now those risks are seen as real, said Tammy Patrick, a senior adviser at the Democracy Fund, a nonpartisan public-interest group founded by entrepreneur and Democratic donor Pierre Omidyar.

“The likelihood that they could occur has definitely increased, so everyone is taking that to heart,” she said.

Election officials in 12 states, including some who have paid for moderate security improvements, said they have not received enough money to make their desired upgrades due to bureaucratic hurdles.

In Champaign County, Illinois, clerk Aaron Ammons would like to install metal detectors at his office, where visitors have filmed staff and the layout of the space in what he described as a threatening manner.

“It makes us feel like we’re targets, or we’re not a priority in the same way our men and women in uniform are. And we’re on the front lines of democracy just like they are,” said Ammons.

Ammons gave testimony to Congress in August that he and his wife received anonymous messages threatening their daughter’s life ahead of the 2020 election, and he told Reuters he recently saw someone filming his house.

Seven cases have been charged so far. The first sentence came Thursday, when a Nebraska man received 18 months in prison for threatening an election official.

One in five U.S. election officials said that they were unlikely to stay in their job through 2024, when Americans will go to the polls again to elect a president, according to a survey by the Brennan Center for Justice that was released in March. They cited stress, attacks by politicans and impending retirement as reasons.

The lingering bitterness from the 2020 election has also spooked many of the temporary workers who check in voters, count ballots and perform other tasks that make elections possible, officials say.

Philadelphia has boosted pay for election day workers from $120 to $250 to help recruiting efforts that have been complicated by fears of harassment, as well as a tight labor market, said Omar Sabir, one of the city’s three election commissioners. After receiving death threats in 2020, he himself changed his travel patterns.

“You’ve got to keep your head on a swivel,” Sabir said. “Sometimes I have nightmares thinking about that, somebody walking up and causing me harm.”

Many election officials blame disinformation, such as Trump’s baseless claims about election fraud in the 2020 election, for the surge in threats.

Justin Roebuck, the Republican clerk of Michigan’s rural, conservative Ottawa County, said Trump’s rhetoric had “really poisoned the well,” inspiring other candidates to sow doubts about elections. In Michigan, Republican candidates for governor, attorney general and other positions have questioned the outcome of the 2020 election.

Roebuck’s office held a three-hour role-playing exercise with local emergency management officials this year to plan how to respond to violent incidents. They also printed a brochure explaining balloting procedures that workers can hand to people to de-escalate confrontations with anyone agressively questioning their work.

In addition to adding Kevlar walls, the Leon County, Florida, elections office has held active shooter trainings for its workers, installed bullet- and bomb-resistant glass, and invested in security cameras and video file storage, according to elections supervisor Mark Earley, who says he gets frequent hostile and profane calls from strangers.

“I’ve got to worry about my workers leaving the building and walking up to their cars after dark,” he said.

Earley paid to stiffen his facility’s security with a 2020 grant from the Center for Tech and Civic Life, a non-profit group funded by Facebook CEO Mark Zuckerberg. But Florida and 25 other states have since banned such outside funding.

Election officials say they have struggled to get federal aid for safety measures.

The departments of Justice and Homeland Security said this year that funds would be available for election office security, but that money was claimed by local police departments and others more familiar with those programs, said Amy Cohen, the head of the National Association of State Election Directors.

A spokesman for the Justice Department said the agency’s Election Threats Task Force had worked since its launch in 2021 to steer federal aid to local election offices for security enhancements, and had urged Congress to provide more such funding.

Some offices have paid for security enhancements by cutting back elsewhere. Jefferson County, Colorado, has scaled back mailings to voters to pay for four security guards who will monitor the busiest four voting locations in the weeks surrounding the election.

“It’s worth it for us, having the ability to be proactive rather than reactive,” said George Stern, the Jefferson County clerk.

Reporting by Andy Sullivan in Washington, D.C., and Julia Harte in New York; Additional reporting by Linda So, editing by Ross Colvin and Claudia Parsons 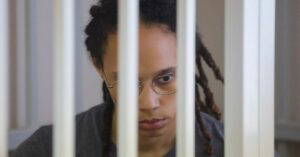